The Marshall Foundation has its own stamp collection. Foreign stamps, stamps of past presidents, and Marshall Plan stamps from all over the world can be found in the archives. Among those stamps is the 40 pfennig West German stamp. It was created as a tribute to Marshall for proposing the Marshall Plan and was released on the first anniversary of Marshall’s death. The result was a 20-cent stamp portraying General George C. Marshall. It was the thirteenth stamp released in the Prominent Americans Series of regular stamps. The stamp was first sold on October 24, 1967, at Lexington, Virginia. 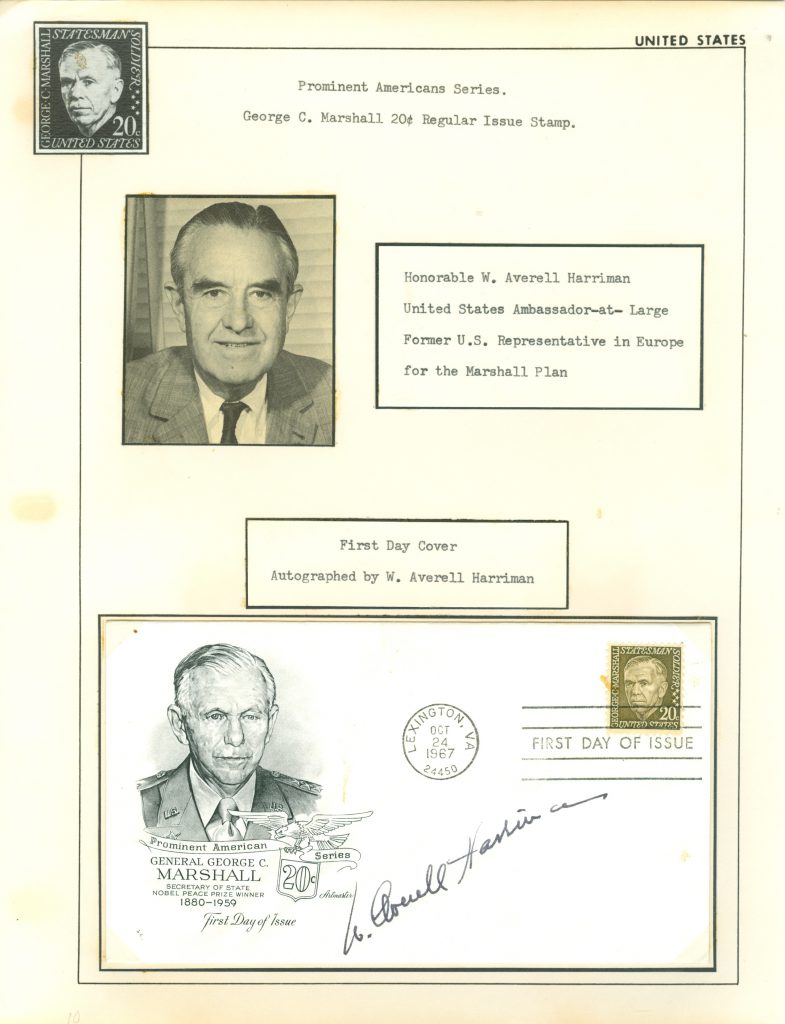