This was the first blog I wrote for the George C. Marshall Foundation. I found Chaplain Arnold’s letter in his collection and wondered what the rest of the story was, so I did some research, as librarians will. The long wait of the Hannon family touched my heart, and I want to share it again in remembrance of Pearl Harbor.

On December 7, 1941, the USS Oklahoma was moored at Ford Island, in Pearl Harbor. Japanese aircraft dropped numerous torpedoes that caused the ship to explode and capsize during the surprise attack. According to the Defense POW/MIA Accounting Agency, “when the ensuing chaos subsided enough to allow an accurate headcount of the ship’s personnel, a total of 429 crewmen – 415 Sailors and 14 Marines – could not be accounted for and were presumed to have been killed during the attack.” 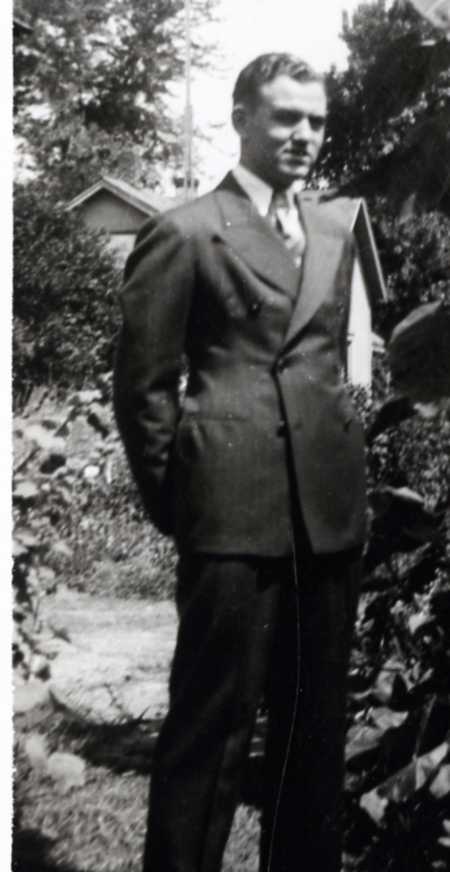 One of those sailors was Shopfitter 3rd Class Francis L. Hannon, from Middletown, IN. When his family had not heard anything more than a week after the attack, his father wrote to family friend Father William Arnold, Chief of Chaplains for the United States Army, saying that “such long anxious hours waiting not knowing are almost more than his mother and grandmother can bear.” A few days later, Father Arnold replied, explaining that there was no information on Francis, and that “he is under God’s care, wherever he is.” (Learn more about the Chaplain William Arnold collection on the collections page.)

The Oklahoma was soon righted, and the sailors and Marines killed were buried in Halawa and Nu’uanu cemeteries in Hawaii. In 1947, the American Graves Registration Service attempted to identify the remains and were able to give closure to 35 families.

But not the Hannon family. In 2015, the DPAA began using DNA testing, and and were able to identify 200 more sailors and Marines from the Oklahoma. In 2017, the Hannon family finally got the answer they waited for since Pearl Harbor, 76 years before.

Melissa has been at GCMF for three years, and previously was an academic librarian specializing in history. She and her husband, John, have three grown children, and live in Rockbridge County with large rescue dogs. Keep up with her @MelissasLibrary.