The fall of 1945, both houses of Congress created bills asking President Harry Truman to strike a gold medal that would honor Army Chief of Staff Gen. George C. Marshall for his service during World War II. The Senate also proposed that Chief of Naval Operations Adm. Ernest J. King receive a medal, to which the House agreed. 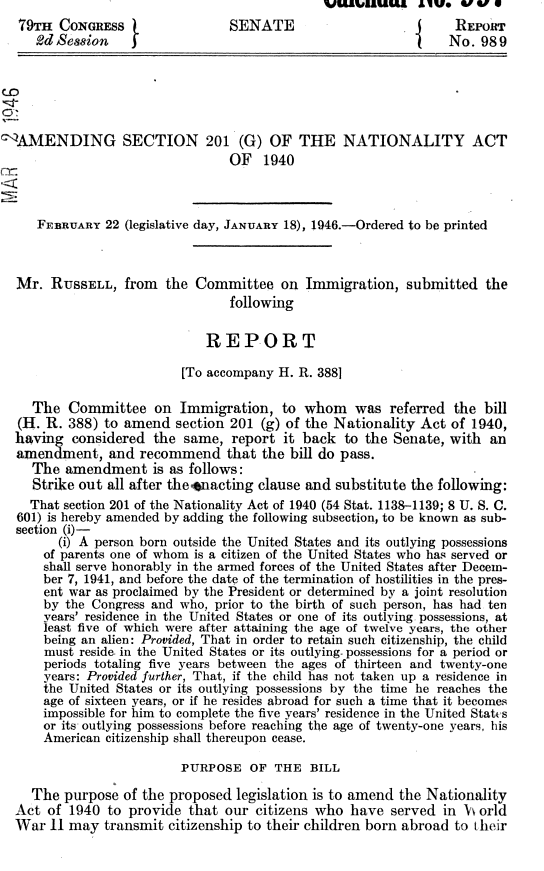 Legislation calling for a Congressional Gold Medal to honor Marshall.

The Congressional Gold Medal had been awarded before; military recipients included Gen. George Washington, but Marshall was the first soldier to be awarded the medal for military service since the Civil War. The History, Art, and Archives – United States House of Representatives Webpage notes that the bills were in recognition of Marshall’s “distinguished leadership, as Chief of Staff of the Army and as a member of the Combined Chiefs of Staff of the United Nations, in planning the expansion, equipment, training and deployment of the great Army of the United States and in formulating and executing the global strategy that led to victory in World War II.”

A contest was held, with well-respected judges of sculpture and a representative from the military. The winner was well-known medallion designer and sculptor Laura Gardin Fraser, who in 1932 produced a quarter design “regarded by artists who have studied it as the most authentic likeness of Washington” (U.S. Mint) that will be featured in the upcoming American Women Quarters series. The front of the Congressional Gold Medal honoring Marshall. The reverse of the Congressional Gold Medal honoring Marshall.

Both Marshall and King were awarded their medals of appreciation in Congress on March 22, 1946.

The George C. Marshall Foundation is honored to house and safeguard this special piece of history.