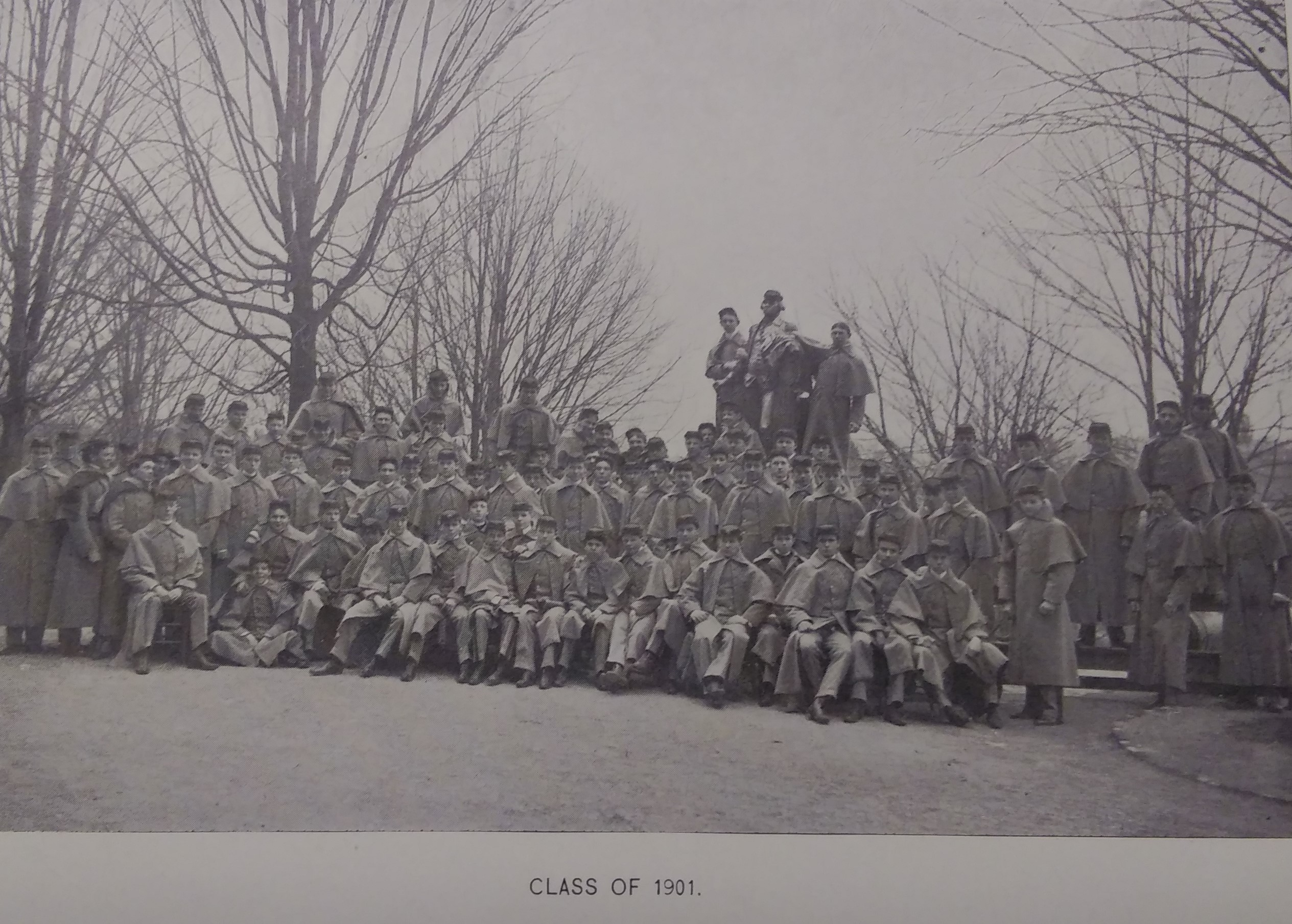 With the Rat Mass of 19+3’s (freshmen) breakout accomplished on February 2nd, 2019, we look back at Marshall’s own “ratline” in his first year at the Virginia Military Institute (VMI) in 1889. Though the ratline was much less structured and regulated in Marshall’s day, it was the foundation for what the ratline has evolved into today.

Unlike today’s ratline, Marshall’s Class of 1901 stayed “rats” until the First Class’ (seniors’) graduation at the end of the academic year. Like all rats looking back at their ratline, Marshall was quoted saying, “The first year was quite an ordeal, though I came afterwards, like all the rest of my friends, to look back on it with more appreciation than I did any other year.” Whereas today’s ratline has scheduled times for rat activities each week approved by the Commandant’s Staff, Marshall’s ratline was entirely dictated by the upperclassmen, anywhere, anytime. Though there are little documented ratline stories from Marshall, he does tell the tale of being made to squat over an upturned bayonet as a test of endurance, upon which he eventually fell, gashing his buttock. The sadistic qualities of the old ratline have been banned through the years and changed into a more physically demanding system to mold cadets in to physically fit specimens and to produce leaders ready to perform in their future military leadership roles.

In his 1940 commencement address, Marshall stated, “This institution gave me not only a standard for my daily conduct among men, but it endowed me with a military heritage of honor and self-sacrifice.” These qualities stated by Marshall are rooted into rats their entire first year through the ratline, with professionalism in conduct required at all times, honor stressed through recitation of the honor code, and self-sacrifice through the many grueling tasks required of rats which they choose to put themselves through by matriculating at VMI. By going through these hardships and finding a way to succeed in such a non-conducive environment, VMI Cadets going into military service and those going into the civilian sector find themselves confident and prepared for whatever curve balls life may throw at them.